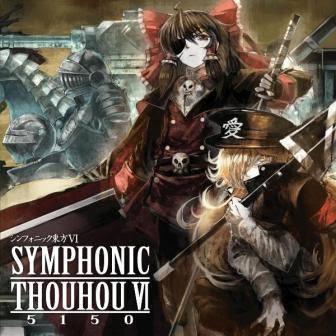 I'm not sure when it happened, but somewhere down the line over the past few months or so, I started treading down that dreaded path of the weeaboo.  You know the type, the boy who sits around, whacking off to Rozen Maiden and the girl cosplaying as Mion from Higurashi no Naku Koro ni; the two of them cornholing each other in a storage shed.  Yeah, lately, I've been skipping happily down that unbearably fruity trail for reasons even I don't understand.  There's just some bizarre allure to Japanese culture to me.  I love the language, I love how it sounds when spoken and looks when written, I love the old history and how such a large and populous nation managed to stay isolated from the entire world for so long.  I love the weird little cultural quirks in media that seem to exist nowhere else (like anime and other obvious shit).  I wish I could explain, but all this means is that I've basically just been listening to more Gargoyle than usual and lying to myself as I try to shoehorn myself into a subculture I have nothing to do with.  But regardless, I feel like a human being walking into the Great Youkai Forest for the first time, which brings me to the subject today, the cult classic bullet hell shooter, Touhou Project.

I'll be honest, I know fuck all about Touhou, I just know that there are a gargantuan contingent of bands/guitarists who take arrangements from the game and either cover or rearrange them.  This basically means that there are throngs of completely sugary, cutesy, and over-the-top power metal bands with obnoxiously epic songs and guitar parts overflowing out of Japan.  How is that not the greatest thing?  My lord, it's like there's been this incredibly massive subniche just waiting underneath my feet for eons, brimming with huge, bubbly flower metal.  I mean, Timeless Miracle's themes are really dark, but the music is as light and fluffy as it comes, and I've always been chasing that proverbial dragon, trying to find something equally light, fun, and memorable.

This is pretty much my first Touhou/Doujin artist (I'd heard Iron Attack! before, but it didn't do much for me (I definitely need to revisit this, though)), and his four zillionth album, Symphonic Touhou VI, is pretty goddamn light, fun, and memorable.  Oh boy would you look at that?  That's exactly what I was asking for ever since falling in love with Timeless Miracle all those years ago!  Apparently, of Ryu-5150's dozen and a half full length albums, only some of them are Touhou arrangements, while the rest are original work.  Judging by the title of this, it's a pretty safe assumption that this is a Touhou album, and by Jove it's really goddamn good.  Apparently there are fourteen official games in the series, and since I'm new to this, there's no goddamn chance I'm about to just start plowing through all of them to figure out where all of these songs came from, and if Iron Attack! taught me anything, it's that I wouldn't be able to tell anyway since most Touhou artists rarely full-on cover any given song, usually just taking main melodies or lead lines and formulating entirely new pieces around them, rearranging the given parts to create something completely unique.  So, Touhou fans, I'm assuming this is the same thing here.

But even if it isn't, Symphonic Touhou VI is a quite enthralling romp through light, happy power metal of the catchiest kind.  For real, if you can get the choruses to "Like a Universe" or "Providence" out of your head in less than two weeks after initially hearing it, you are a fucking android.  Everything here is just so obnoxiously infectious, it's almost infuriating.  The vocals are beyond sugary and syrupy, taking the Tommy Johanssen approach of sanding all of the grit out of your voice and leaving with the most crystal clear, smooth sounding singing voice imaginable.  It sounds like it should be lacking in power, but he manages to put a surprising amount of force behind something so innocent and cute sounding.  It's like the vocal equivalent of a fire hose, if that makes any sense.

The main guy here (who goes by the oh so creative name of Ryu-5150) handles every instrument, not one other person is involved in the recording process here, and it shows he's a pretty great songwriter, as standard as this stuff is.  It's pretty straightforward light power metal with huge choruses and an unhealthy slathering of keys and synths, but it's all so ear catching and poppy that it's hard to hold any vitriol against it for any perceived unoriginality.  The lyrics are, as far as I can tell, in hilariously accented Engrish (another reason I will always have a soft spot for cleanly sung foreign metal) that are about basically nothing.  Something about how the sun is down in Wichita so we must have slept the wrong way.  I HAVE NO IDEA, I DON'T CARE.  It's so bubbly and infectious, how can you possibly turn away from something like this?  Even Tard can't keep up her facade around something this happy.

And you know the strangest part?  Even that's not entirely true, because as happy and jovial and upbeat as this album is, there are still two huge exceptions to the rule.  Those exceptions are the tracks "Moment of Death" and "Sacrifice".  I swear on my mother's grave I'm not making this next part up, but those two songs are just straight up black metal.  Out of fucking nowhere come these super fast paced meloblack songs with some light keys in the background.  It's like somebody making a mixtape of Stratovarius songs and then just chucking in two Emperor songs for shiggles.  The best part is that they're just as good as the flower metal songs.  They're not as catchy, obviously, but they're well written and memorable, and no part of the performances comes off as phony.  Normally I'd lambast something like this for breaking the flow, but it's just so unexpected and (most importantly) well done that I don't even care.  I can't imagine this appealing to everybody, but hell, it appeals to me.  Are all Touhou albums like this?  I hope not, I want this to be special.

And you know what?  Symphonic Touhou VI is fucking special.  I don't give a shit that it's part of a scene that essentially just covers songs in a roundabout way, I don't care that this is the sixth album in this particular artist's series, I don't care at all.  I love this and I will cherish it forever.  This is the exact style of light, fluffy flower metal that the world can never have enough of.  Seriously, this isn't for everybody.  If you're the kind of person who thinks Rhapsody of Fire has no balls and is all just fruity keyboards and sissy vocals, A) you obviously haven't listened to any fucking Rhapsody songs and B) there's nothing you will enjoy about 5150.  Everything is so goddamn fun and cute and stupid and harmless and gah it's so damn fun.  Put on a skirt and just get lost in the fruitiness already, seriously.  If "Providence" were the national anthem, there'd be no war.  The only reason this doesn't get a perfect score is because fuck you that's why.