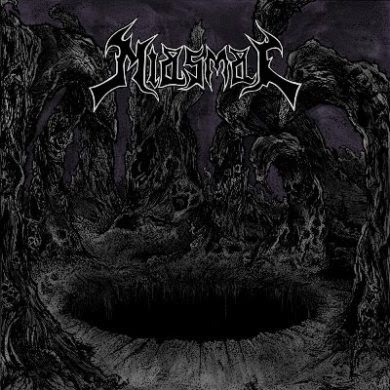 On one hand, I really shouldn't complain about a cool, by-the-numbers Swedeath worship band doing exactly what you expect them to do, but on the other hand there's just so little here to comment on that this will probably end up being one of my shorter reviews.  You can basically hear the album just by looking at it, cool OSDM worship band with a cool cover and on a reputable label for the niche, but really that speaks volumes for the creativity in play here.  That fabled Sunlight Studios buzzsaw tone and loads of d-beats plus loads of low growls, that's what you're getting, but you already knew that, so I suppose you're satisfied.

See, here's where I'm struggling.  It's incredibly difficult to write about a mediocre release, and that's why this is just a short blurb on LotB as opposed to a fuller, more fleshed out review that I'd also cross-post at MA.  If something is great, I can find tons of ways to express how hard I ejaculate rainbows when listening to it, and if it's really terrible I can pull endless silly analogies out of my ass comparing them to cuttlefish or something ridiculous.  Here it's just... blah.  It's typical and not very well executed or memorable.  It just... happens, I still can't name any standout parts and I've spun this several, several times.  The only thing that stands out at all are the leads and solos, which, to be fair, are all really, really goddamn good.  But that's the unfortunate part, that's really all there is to drool over.  The sound is good I guess, the riffs aren't really bad, nor are the rest of the musical aspects, but nothing sticks out as really good or bad.  And really and truly, that might actually be worst than sucking.