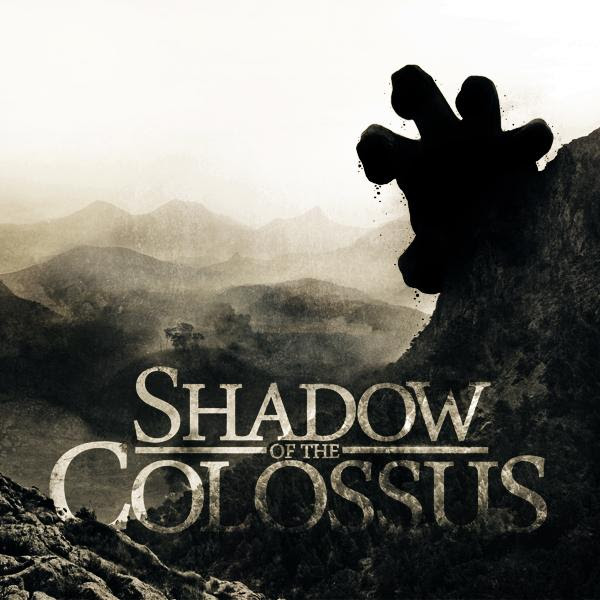 HOW CAN YOU NOT SEE THROUGH DORMIN'S PLOY YOU FUCKTARD?

Not sure why, but I feel like I always have to defend myself when expressing the fact that I enjoy this album.  This strange xenophobia in metal fandom has been perplexing me for a while now.  I rode the deathcore bashing train at first but not just because everybody was doing it, but more because by dumb luck I'd only heard bad deathcore bands first.  It was kind of equatable to somebody listening to several bedroom bm artists and coming to the conclusion that black metal must suck.  Yeah, Emmure and Suffokate and Suicide Silence and whatnot are garbage but Burning the Masses and The Browning exist and they rock just fine.  Still, the fact that these Californian dudes in Shadow of the Colossus carry that patented overdone production job and sport a few breakdowns here and there means that they get lumped in as an abomination upon metal along with other bands who don't deserve the dubious honor amongst the equal amount who actually are.

So yes, the deathcore cliches are here, but they aren't as overdone or grating as the genre's worst.  For example, there's that production job I mentioned.  It seems like every deathcore band gets the same fucking producer because despite peeling away enough layers of the genre to find the true gems and beacons of creativity within it, I'm still hard pressed to find too many albums that don't carry the same general sound and tone.  It's a bit hard for me to describe, but the drums are pushed way up to the front and are prone to the cymbals clipping, the guitars have a beastly bottom end and an overwhelming amount of crunch, and the vocals are heavily prominent at the same time.  Basically, dynamics go out the window and every member fights for the spotlight.  It can get to be a bit much during the blasting sections at times but I feel it really helps add to the frantic pace at the same time.  The vocalist is pretty standard, switching between high growls and low roars, double layering the two styles a good amount of the time.

One of the reasons Shadow of the Colossus stands out (apart from being named after one of the best video games ever made (seriously, put down Call of Duty and go pick it up, like right the fuck now)) is because of how varied it is.  I'm a huge proponent of "find something you're good at and don't fuck around with it", but if you're good at quite a few different ideas, then by all means mix it up.  Shadow of the Colossus is good at a few different things, and each track really hammers that home.  There are blasty speedfest numbers in "Constructing Ultimate Destruction" and "Serve the Death Sentence", slower, grinding, breakdown heavy tracks like "Labor, the Enslaver" and "The Grove", and an overt and powerful melody that permeates through "Instrumental" and "Losing Sensation of Dimensions".  That melody is actually fairly prominent throughout most of the album, emulating a less technically proficient Decrepit Birth in lead style.  Unfortunately, no tracks really stand out as the best but the album doesn't really feel like one greater piece of work as a whole either.  The songwriting is certainly good, but I feel like they haven't truly broken out into their own style yet, and as such are stuck with the title of "Best Generic Band".  The talent is there, the ear for melody is there, but it's still missing something.

Despite my generally lukewarm sentiments, I do really like Shadow of the Colossus and would recommend them to both fans of deathcore and people like me who are just trying to explore this supposed bastard genre.  Everything is solid enough to be enjoyable but just a little bit under the threshold of being totally awesome.  I dunno, if you read this, try it out, and don't like it, at least play the game the band is named after.  My email is in my profile, I'm sure you'll want to thank me.

Email ThisBlogThis!Share to TwitterShare to FacebookShare to Pinterest
Labels: Deathcore 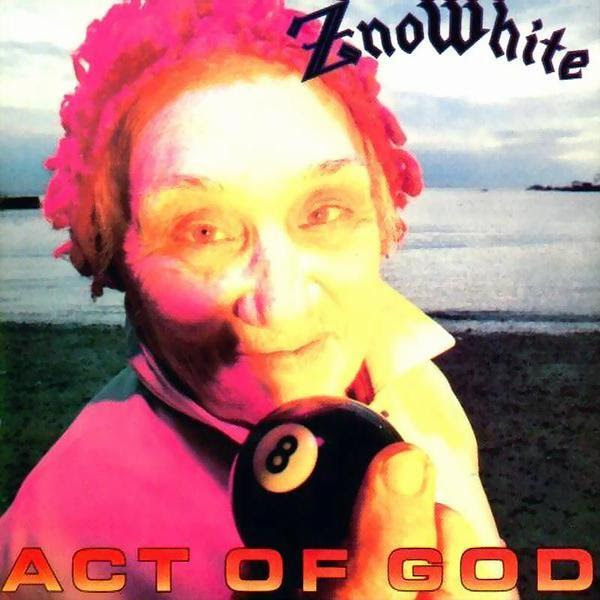 I'm gonna come clean with y'all here, this is the only release from the Chicagoan thrash quartet I've ever heard, and one of the only reasons being because of their hometown.  Being a part of the Chicago scene myself, I always found it baffling that the third largest city in the US has left such a small footprint on the annals of metal history.  I think the biggest band we've ever spawned was Trouble, plus a few underground favorites like Usurper and Judas Iscariot (I know the latter is from DeKalb, it's close enough and with a scene this bizarrely tiny I feel it's forgivable to stretch a bit), but the Illinois in general pales vastly in comparison to what areas like New York, Florida, and California have given us.  So I was beaming with hometown pride when I heard that Cyclone Temple wasn't always a fairly mediocre "long thrash" band, and was previously known as Znowhite.  And lemme tell ya, the name and cover art do a damn good job of hiding what is easily one of the top 10 brutal thrash releases of all time.

First off, the band gets a lot of press for being female fronted, but that aspect takes a caboose to the sheer intensity's engine.  When I say "brutal thrash", I think of stuff like Sadus, Kreator, or Sodom, and Znowhite is surely not as intensely over-the-top as these bands, but it's by far one of the heaviest and most vitriolic thrash releases of the late 80s (and possibly ever).  The fake-out ending of "War Machine" and the opener, "To the Last Breath" are great examples, boasting some of the most high octane riffage the genre has ever seen.  In fact, the only time I find myself disappointed with the guitar work is on the overlong and heart crushingly anticlimactic closer, "Something Wicked This Way Comes".  The slower, more twisted atmosphere that song attempts to conjure just falls flat in comparison to the 8 slabs of beastly thrash that precede it.  The band's strength lies in never taking the foot off the gas and just letting the songwriting and aggression manifest themselves through fast paced and cutting guitar work.  Znowhite reminds me of a slightly less sharp but infinitely grittier Anthrax, as the punchiness and hard hitting rhythms of the New York legends is definitely present here, but they sound as if they were filtered through a sandpaper loofah.  Really, the tightness of the rhythm section is really accented by the bone breakingly crunchy guitar tone.  It's like Extreme Aggression with added low end and at least two extra sets of balls.

Despite the overall pant-shitting intensity of the music and generally monotonous shouts of Nicole Lee, the songwriting here actually manages to be very accessible and catchy at the same time.  The incredibly 80s gang shouts in "Thunderdome", every riff in "Soldier's Creed", and the chorus of (once again) "To the Last Breath" are prime examples of moments that are not only incredibly awesome but also infectious.  Yeah yeah, the singer is a chick and the guitarist is black and affirmative action and yabba dabba doo, but none of those superficial aspects should be the reason Znowhite and Act of God get noticed.  This really holds it's own against almost everything else released around the same time, and that includes rippers like the aforementioned Extreme Aggression, Agent Orange, and Eternal Nightmare.  The only thing I dislike is how the leads kind of go in one ear and out the other (which isn't a huge problem since the riffs make up so much of why this album is enjoyable), and the bafflingly poor closing track.  Everything else is sublime, razor sharp, punishing riff writing coupled with enraged shouting that so perfectly captures everything that made thrash metal great in its heyday.  This is a must listen for any self respecting thrasher.