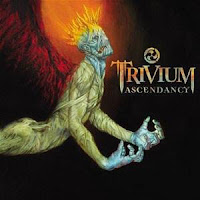 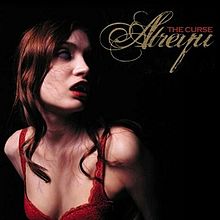 I am not sober enough to think of a title
I'm going to preemptively dock ten points off this score because listening to it several times across the span of a few days is likely going to irreparably fuck up my Spotify recommendations.
Like most bands in this series, I'm mostly totally unfamiliar with Atreyu.   I know I hated them before I ever listened to them just because I knew they weren't "true metal" (and correcting that is the whole point of this series) and I remember "Right Side of the Bed" very vaguely from the soundtrack to Burnout 3, but that's all I got.  This is likely the blindest blind listen I'm going to cover, because even though I wouldn't call myself all that familiar with Killswitch, I'm almost positive I've heard "A Bid Farewell" more than a handful of times throughout my life.  Not so with this one.  So because of that, I actually did some research into the band's history before starting this one.  And in doing so I came across this hilarious quote from frontman "Howlin'" Alex Varkatzas:

"This is going to sound a little cocky but I’m a singer in a band. I don’t think we fit into any genre. I think we are hard to pin down. When we first started it was a little easier. We were a metallic hardcore band with singing parts. There wasn’t any else like that when we were doing it. People get confused and say ‘you’re a metalcore band’, but we invented metalcore. That may sound cocky but I don’t care. We pre-date Poison The Well and Killswitch Engage and all those bands. I’ve been doing this since I was literally 12 years old."

What kind of coconuts shit is this?  For my metal readers, this is like Dark Angel saying they invented thrash metal despite very obviously not doing so while also claiming they didn't fit into any genre despite being the musical lovechild of Kreator and Slayer.  For Sobek's sake I started this series with fuckin' Shadows Fall, who formed three years before Atreyu did and released their third album the same year Atreyu released their debut.  Yeah it's not apples to apples to compare the two bands but they unquestionably had some fan overlap and there's absolutely no way this pinhead didn't know he was spewing bullshit.  Though, in his defense, if any genre was invented by twelve year olds, it's metalcore.
Extramusical nonsense aside, does The Curse hold up, and did I do myself a disservice by ignoring it when it was culturally relevant?
Well that's a hard fuckin' no this time.
Of the entire batch of bands I checked out for this series, Atreyu is by far the worst one.  I hate to blow my wad early but here we are.  My issue with Killswitch is amplified here to the bazillionth degree.  Not only do they constantly reuse songwriting cliches and cause the tracks to bleed together into a totally unmemorable goulash of paint-by-numbers metalcore, but even the good bits of Killswitch are entirely absent.  The drummer, "Salty" Brandon Saller, handles the clean vocals with this band, and I want to give them props for that because I simply find singing drummers to be a cool thing on a personal level, but his voice is god damned annoying.  "Annoying" is a shitty descriptor, but that's really the purest distillation of what he sounds like.  He utilizes the same amateur theater inflection that Killswitch's cleans tend to use, where they sound like they're aiming for something really grand but just end up sounding unbearably corny.  He sounds like he delivers every line with his eyes closed and his bottom lip curled like a crying baby, and it comes out sounding very forcefully goofy, like the deepest falsetto in history.  Varkatzas's screams somehow come out sounding worse.  You know how grunge singers had that weird inflection that made it sound like they always had a soft "r" noise permeating every syllable?  (REEEVERN FRLOOOWWWR)  Well this guy's screams do the same thing except with a "w" sound.  They're this completely monotone mid range scream with every vowel sound replaced with some indistinct "wuh" noise and it's unintentionally hilarious.  "Right Side of the Bed" has a quick line around the 1:20 mark that says "all the memories of", and it's delivered like "BWUH BUH BUH BWUH BWAZOWF" and it's absolutely kills me every time.  That's what my dad sounds like when making fun of the music I like.  Both vocalists seem to have trouble enunciating with any clarity, which seems like an odd thing for a death metal fan to point out but when the cleanly sung line "Have you ever cried so hard?" comes out sounding like "Will you have a pretzel horn?" it becomes a really funny problem.  It's like they both have enormous tongues.  Or they're Seth Green's brother in Rat Race.
I spent so much time on the vocals because that's really all there is to offer on this album, because if the instrumental part wasn't an afterthought, it definitely feels like one.  "Right Side of the Bed" has a standout riff in the beginning, but even I immediately recognized it as damn near plagiarism of In Flames's "The Hive".  I don't even fuckin' like In Flames and I still immediately thought I recognized that riff from a better song.  This is some of the most inoffensive cookie cutter metalcore I've heard, and I've done deep dives into Christian metalcore where the music is a distinct and intentional second behind the lyrics.  Even For Today's worst albums have more effort put into the music than The Curse does.  If they're going for emotional intensity, they fail to elicit any emotion beyond total boredom.  The vocals are so front-and-center and so rarely shut the fuck up for more than a few seconds at a whack that it's pretty clear what the intended focal point of the band is.  I can't intensely hate something that isn't there, ya know?  I'll give them some credit for precisely one song buried in the back half.  "My Sanity on the Funeral Pyre" sounds like they hired a completely different backing band, because while it isn't necessarily great or anything, there is so much more effort put into this one it's genuinely shocking.  The verses ride on this punishing chug riff while the bass does a whole bunch of dwiddly doodles before they come crashing into lockstep in the pre-chorus for a genuinely good galloping melodeath riff.  It took them eleven fucking tracks to prove it but there are actual musicians in this band as opposed to it being the project of two mediocre vocalists trying and failing to punch above their weight so hard that they're getting KO'd by Glass Joe.
I have no ending to this review.  Atreyu is bad.
RATING: 14%
Posted by Bastardhead at 11:12 AM No comments: 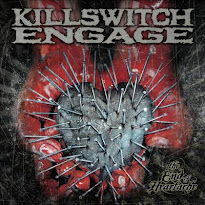 RELITIGATING HIGH SCHOOL Vol. I: Shadows Fall - The War Within

If you've been around here for a while, you may remember my aborted Preteen Wasteland series from a few years ago, where I planned to revisit the nu metal albums I loved as a tween with the added gimmick of my mom writing a paragraph for each review since we listened to this albums together all the time.  It petered out because that gimmick was a gamble that didn't pay off, since she's a much more busy person than I am and just never found the time to revisit all of these old albums her dumbass son liked twenty years ago (if you're curious, the only albums that held up for me were Wisconsin Death Trip and Iowa, and Linkin Park, despite not being very enjoyable, at least stood out for their vocalists being one of the only good singers and the only rapper who clearly actually rapped for a living in the entire genre).  The secret part of all that is that I had a sequel series also planned, and now three years later I'm finally gonna take a break from playing Dragon Quest to get started on it.
I mentioned that I grew out of nu metal because as I got older, I got more interested in classic 80s metal and started to reject new, modern movements out of hand.  Because of this, the entire "NWOAHM" scene completely passed me by as it was happening.  Metal fans at school would see my Metallica shirt and try to start a conversation, and I'd snottily dismiss them based on their Killswitch Engage shirt and stupid haircut.  I'm sorry, does your shit thrash?  Then I don't fuckin' care, Kyle.  So help me god if I hear one god damned breakdown or one lyric about being sad then I'm going to screech like King Diamond at you until you leave me the hell alone.  It's no surprise that the few friends I had were also lame nerds.
But now that I'm in my thirties and much less needlessly aggressive in every interaction, I think it's time I took a walk down memory lane, back into the halls of my high school, and take a look at the alternate timeline where I actually gave Kyle the time of day and gave his bands a shot.  The criteria here is fairly broad.  I'm going to be looking at the bands that had a foothold in the mainstream between ~2003-2006 that were netting good slots at Ozzfest, getting rotation on WZZN, and basically contributing to the musical zeitgeist of my generation that I stubbornly refused to even listen to because they probably didn't sound enough like Overkill and I desperately wanted the approval of the Elder Metalheads online.  From the initial boom of metalcore facilitated by As I Lay Dying, to the easier listening alternative emo metalcore or whatever the fuck Bullet for My Valentine was, to the nebulous blend of melodeath, thrash, and groove metal that Lamb of God made cool.  I'm not going in order of chronological release date this time, I'm just gonna sit here and think of a half dozen or so bands and albums from this era that I snobbily dismissed and go look at them with fresh senses.  You with me?  Let's go!
------------------------------------------------------------------------------------- 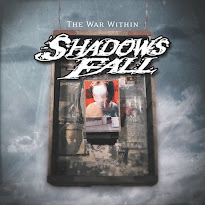