Aerith - For the Fallen 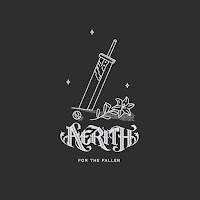 Can you hear the planet crying out in pain?

I know singles are frowned upon for the Diamhea Challenge, but I'm determined to stick with this theme and this is the last band I can find any music from and this particular single seems to be the only release actually based on FF if we're going by lyrics alone.  Aerith is notable for being the side project of Ken Bedene, the drummer for Aborted, handling drums and guitar, with his dad Frankie on bass and some rando on vocals.  "For the Fallen" is a nice enough melodeath tune obviously based on FFVII, but that's about all the musical description I can bear to muster for this.  It's a very simple, stock template melodeath song based mostly on Clayman era In Flames and that's about as far as the creativity goes.  It's a far cry from the pugilistic death metal of Aborted and I'd've never known this was Bedene's brainchild if I wasn't told outright.  All told it's one of those releases that covers well-trodden ground pretty thoroughly, but it's well done enough that any fan of the style will enjoy it.  The vocals sound like if Anders Friden didn't suck, the harmonized leads never stop but never really get dull either, the solo is flashy and exciting, and the song itself is structured very basically but does its job well enough.  So this isn't something I'd really recommend seeking out but if you like 90s In Flames/Dark Tranquillity then I don't see why you wouldn't like this either.  For me personally though, I wish this stretched its legs a little more and tried to do something a little more creative as opposed to just doing something that's already been done better by hundreds of bands decades earlier. 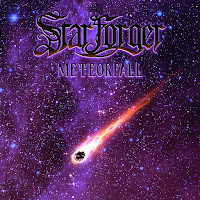 It's morphing time!
Third time's the charm, because now we've finally hit a band that is both unquestionably based on Final Fantasy lore and doesn't suck!  This is the nerd-paradise I was hoping I'd come across when I started this project, with five of the six tracks being unquestionably based on FF without being covers (you'd be amazed how few FF "inspired" bands I was able to find that weren't just endless covers of battle themes straight from the games).  This EP starts off with the one-two punch of "Hellfire" and "Diamond Dust", obviously based on staple summons Ifrit and Shiva, and then leads into "Five Hundred Years Later" based on the ambiguous epilogue to VII, followed by "Rose of May" telling the story of IX's Beatrix (the only acceptable waifu, fight me you weeb-pedo freaks), and climaxing with "The Sword Collector", based on The Absolute Boy Gilgamesh, his V incarnation specifically.  The sixth track seems to be unrelated, but was tacked on to the 2020 rerelease so hypernerds like me can safely avoid talking about it.
But enough expository banter!  Starforger's actual sound is closer to Wintersun than anybody else, replete with loads of twinkly keyboards and speedy guitar acrobatics.  I've said many times before that Wintersun's main downfall is simply that the brains behind the band can't rein himself in and just make great, focused songs with any regularity, so despite my vocal distaste for the band I do frequently seek out bands that sound like them, and Starforger does that very well.  Hell "The Sword Collector" cribs so heavily from Wintersun's "Battle Against Time" that it borders on plagiarism, but the overall package is a fuckload more consistent than anything the Finns have ever managed to put out.
That actually winds up being the achilles heel of Meteorfall.  It's extremely consistent but this comes at the expense of every song sounding basically the same.  All six of them are fairly lengthy blasts of aggression that rarely slow down, full of catchy melodies, prominent synths, blast beats, and deep growls.  It's a great example of this particular power-metal-heavy subniche of melodeath but once you've heard the first song you've heard them all, as they all follow more or less the exact same template with the only real difference between them being their length.  The keys seem to be the real star of the show, with what I can only assume is a nod to "J-E-N-O-V-A" opening "Hellfire" and an absolutely sublime chorus melody in "Five Hundred Years Later", and just generally being the most interesting part of any given song.  The rest of the instrumentals are no slouch, don't get me wrong, but they clearly play second fiddle to the high-flying twinkliness that overpowers the album.  Despite how samey Meteorfall is on the whole, I can't deny that I had a lot of fun with it.  Starforger is without a doubt the best FF themed metal band that actually plays originals that I've come across on this journey, but I'd be lying to you if I said it was fantastic.  It's just a damn solid Wintersun knockoff but I can jive with that.
RATING: 78%
Posted by Bastardhead at 10:03 AM 5 comments:

Atma Weapon - Through Seas of Gray 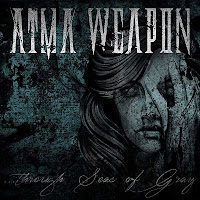 Don't forget to wait until the final ten seconds to save Shadow!
Continuing with the Final Fantasy theme, we switch from Ultima Weapon (based on the FFX iteration: aka the shitty one) to Atma Weapon (based (at least by the translation) from the FFVI version: aka the best one), and I find it funny that the band named after the chump you can one-shot without much fuss is mega heavy slamming brutal death metal, while the band named after the super intimidating "pure strength given form" is wimpy prog metal.  But hey, them's the shakes and I doubt either band gives as much of a shit about FF lore as I do.  Atma Weapon sure as shit don't since I'm fairly sure none of their songs are actually based on the games, rendering this stupid theme-week even more pointless than it already was.
I gave all three releases from the North Carolina-based quartet a listen, and while I think their debut, Dark Tower is unquestionably the "best" one in the sense that it has the most depth and complexity to it, I found myself actually gravitating towards their 2018 EP, Through Seas of Gray.  Dark Tower is very winding and intricate, with excellent melodic complexity taking the listener on an epic journey, but at the end of the day it felt like very paint-by-numbers prog metal and I just couldn't bring myself to care.  Through Seas of Gray on the other hand, is drop-dead simple and barely metal, but I find it much more engaging and more interesting to talk about.  These are five tracks that are more or less just standard rock with a few metalisms thrown in like a chugging riff in "Last Days of Hope" or a nice guitar solo that introduces "Fair Weather", but these streamlined songs let the frankly stellar vocals shine.  Mick Armstrong's voice is very much suited to this aggressive rock style, and he complements this style much more than the Dream Theater-y debut.  He has this rattly inflection that I fucking adore and wish more vocalists had.  I've never really been able to describe it beyond "rattly", but it's that style you can find in bands as disparate as Iron Savior, Clutch, and Off With Their Heads, and I can't get enough of it.
The overall mood is very dark and morose, and when overtly melodic metal bands aim for this I tend to get bored pretty quickly, but keeping the metal quotient fairly low here works to the EP's advantage.  Something like the title track has a chorus that is just straight up Nickelback, (I swear to god it's nearly identical to "Someday" or "If Today was Your Last Day") which will turn most people off with good reason, but here I think it works as a very relatable hook that grounds the rest of the song.  This is very heavily emotional sadguy stuff, but I dunno, it works for me in a way that most alternative rock simply doesn't.  Maybe it's the fact that they used to be a metal band, maybe it's me being an insufferable FF nerd being nice to a band with a cool name, maybe it's just the fact that this style is something of a blind spot for me and I'm actually more of a fan than I realize, hell maybe tons of prog metal actually sounds like this and I've just never noticed because I'm usually drenched in extremity, but whatever the reason I can't bring myself to say this sucks despite how simple and radio-friendly it is.  This sort of emotional verse-chorus rock with big fuckin' chords and simple patterns likely isn't for the type of people who will inevitably read this review, but I think it works.
RATING: 78%
Posted by Bastardhead at 8:40 AM No comments: