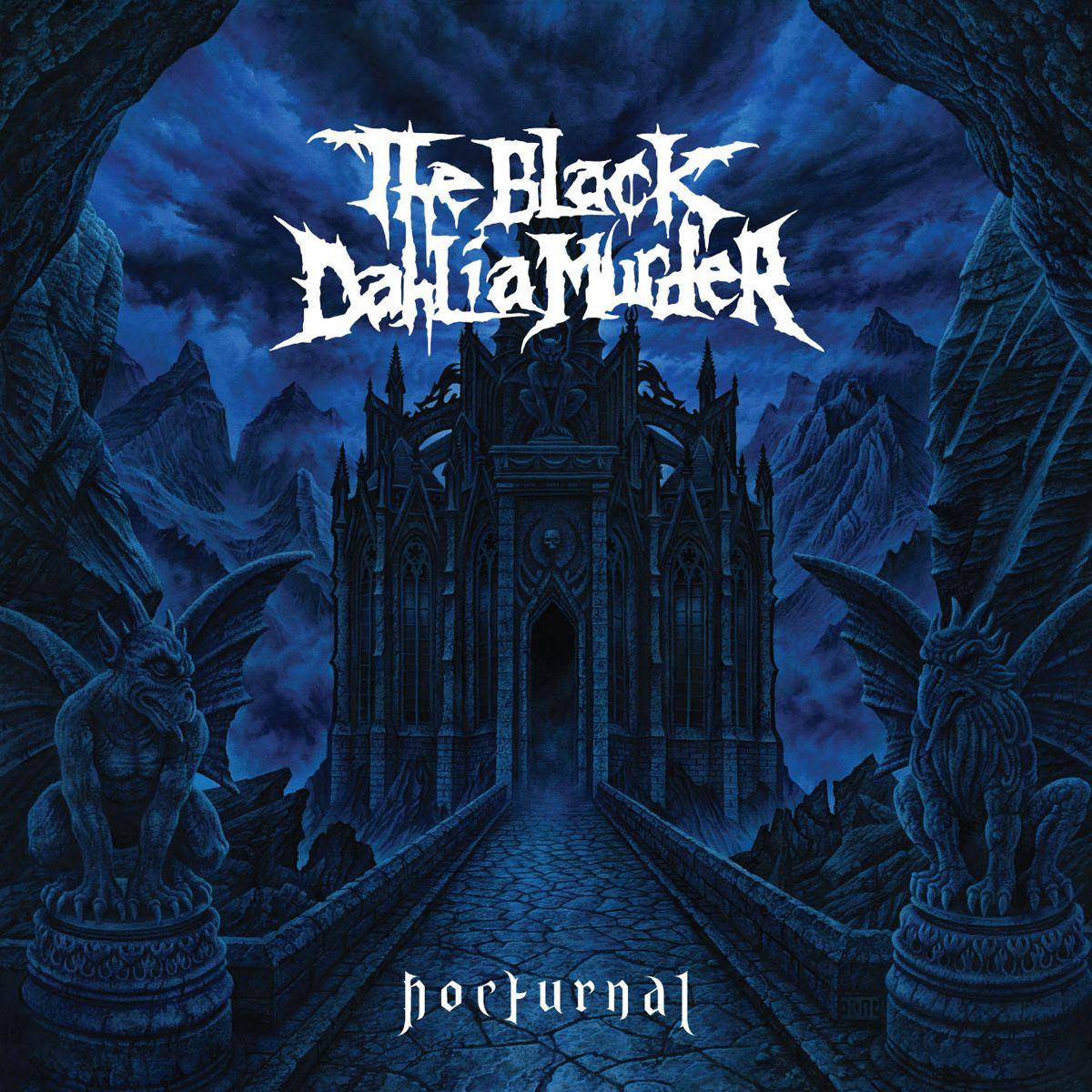 Now, I'm well aware that it seems to be the unspoken law when talking about The Black Dahlia Murder to use the word "metalcore" at some point.  Whether you're accusing them of scene kid faggotry (as it is so often referred to) or striking down the closed minded elitists (as the other side so often likes to retort), that dirty word always seems to bring itself up.  And ever since hearing the band, I thought the metalcore connection was a myth.  I used to refer to the band as such when I was a 15/16 year old Borisite thrash kid who was drawing conclusions based off the logo and artwork that adorned band shirts and the fact that I could feasibly have sex with most fans' earlobes.  Upon actually giving them a listen, I realized this is straight up melodic death metal, At the Gates worship.  I asserted for years afterwards that nobody actually called them metalcore or deathcore, because that's tantamount to calling Metallica a country group or Gargoyle a theatre company.  Yet in my research before writing this review, I found those dirty, dirty -core words being thrown around like confetti at a damn parade.  So let me shake off my utter confusion and just get it out of the way before carrying on with the review, ignoring it forever.  There is absolutely nothing resembling hardcore or metalcore or deathcore or lobstercore or whatever within the music of Nocturnal, nor any other Black Dahlia release.

There, now that I'm sure that opening paragraph scared away most casual readers, allow me to asses the merits of said album.  To date, this is the third full length release out of five, and the band has so far stuck to their pattern of "good album - meh album" flip flopping.  As such, Nocturnal being an odd numbered release, this is one of their good ones.  One thing I've noticed about this in relation to their other works is that this is by far the catchiest album they've done.  The choruses of "Everything Went Black", "What a Horrible Night to Have a Curse", and "Climactic Degradation" rank among some of the easiest to sing along with within the realm of modern melodeath.  The only problem with this, and the main flaw with the album, is that Trevor Strnad's vocals are goddamn terrible, so singing along can be grating.  His lows are good, they're fairly generic but they carry a beastly quality.  His highs on the other hand just sound like a cat.  It's a cliche way to describe poor high screeches, but fuck I seriously can't think of a better descriptor.  It's a nasty, grating, nasally rasp that sounds like a parody, and it's so far removed from his deep roars that it baffles me to think that one man not only does both of these, but consciously decided to make the terrible sounding style the predominant one.  I get that one vocalist doing two drastically different styles isn't anything new, Mikael Akerfeldt of Opeth and Christian Alvestam (formerly) of Scar Symmetry are two well known examples, but the difference is that those two can do both styles well.  It's for this reason that "I Worship Only What You Bleed" and "Of Darkness Spawned" are two of the best songs, as he sticks with the lower register for most of those songs.

Musically there is one aspect of this album that really stands out to me, and I'm still not sure if it's for a good reason, and that is the soloing and leadwork.  On one hand, well... it does stand out.  It's highly melodic, with every note carefully chosen and executed flawlessly, each a part of some complex scale mode nonsense that I know absolutely nothing about.  Kerry King had zero influence on the lead guitars, for sure.  On the other hand, it really only fits about half the time (the solo in "Climactic Degradation" sounds like it was copy and pasted in from a different song), and all I can think about is fucking Necrophagist and Arsis while the shredding is going on.  Maybe I'm a dunce, but this style of completely over the top and in your face neoclassical shredwankery over death metal was practically exclusive to Necrophagist up until about 2005, so hearing this in a Black Dahlia album is really goddamn distracting.  TBDM has always had very good leadwork, but this is just a bit much.  Soloing aside, the rest of the guitarwork is solid and varied melodeath riffing.  There are a few good tremolo picking sections in the title track and "Warborn" and such, and that very overused style that I suck at describing used during the verses of "I Worship Only What You Bleed".  The best way to describe it is "good but unoriginal".  There's nothing groundbreaking here, you've heard all of this before, but it just sounds damn awesome here within the context of everything you're given.

And that's really the best way to sum up the entire album, it's a bunch of stuff you've already heard several dozens of times throughout your metal listening career, but it's played well and with enough energy that it remains fun while it's on.  It helps that the album is relatively short, clocking in at under 35 minutes, and keeps a surprisingly healthy variety on hand.  There are straight rippers like "Climactic Degradation" and "I Worship Only What You Bleed", more melodic tracks like "Nocturnal" and "To a Breathless Oblivion", and of course the obligatory slower, more grandiose closing track in "Warborn".  This band has a habit of attracting a lot of vocal detractors, but really there's nothing here worth getting offended over barring maybe Strnad's offensively bad high screams.