Year of No Light - Ausserwelt 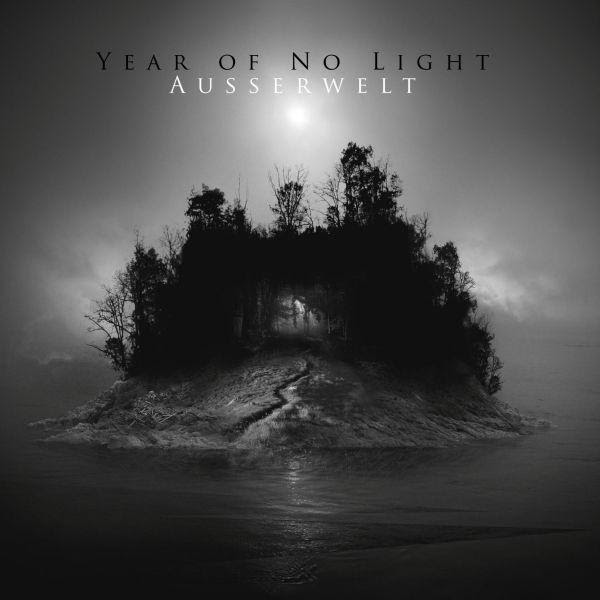 
When it comes to the "post-" styles of music, I've strangely never been able to get into the subset that merges with my favorite genre, metal.  Post rock, I love.  I could listen to God is an Astronaut or Gifts from Enola or Up-C Down-C Blurbbity Bluh Bluckity all day and never get tired of it.  Now if you chuck some Isis into the mix?  Suddenly my interest is lost.  The juxtaposition of metallic aggression with the quiet atmosphere never really sat well with me.  It was great in theory, but the execution was always fairly shit.  Keeping this in mind, France's Year of No Light is a bit of an anomaly in my listening cycle.  MA lists their genre as "sludge/drone doom metal", but really I can't think of any other way to outline post metal than this.  Yeah, there's some sludginess, there's some doominess, but the dynamics, structure, and overall attitude of Ausserwelt is deeply rooted in the post rock ideal.

For example, the opening track, "Perséphone I", is based around the Explosions in the Sky template of "quiet... LOUD" songwriting.  There are two very long and drawn out buildups that lead to explosive climaxes.  The same can be said about most of the tracks, but the what separates Year of No Light from the heavier post rock bands like Gifts from Enloa lies in the almost funeral doomesque guitar work.  "Perséphone II" and "Hiérophante" really showcase that difference.  A majority of the record is taken up by this ultra slow, apocalyptic, monolithic riffing underneath dissonant, haunting melodies with a strong emphasis on dynamics.  Frankly, it works fantastically.  It doesn't try too hard to throw in a faster metallic riffing section anywhere because I think the band knows that what they're doing works very well already, and that trying to spice it up with something so ill fitting will only be detrimental.  This predictable build and release style should be old news by now, but the band does it so well it doesn't matter.  It's the same reason I don't scoff at each new Cannibal Corpse record.  Yeah, sure it's probably going to sound like the last six records but they all slayed.  Why fix what isn't broken?  What they've got here conveys crushing despair and futility so well that basically any change will just screw up what they've got going on.  The only issue I have with the Ausserwelt is that it's a bit samey at times.  Sure the first track is calmer and the last is the most intense and epic, but the lion's share of the music laid out here is pretty interchangeable.  Still, if you wish there was a bit more Tyranny or Wormphlegm in your Mogwai, this is definitely a good place to turn.  Very healthily doomy, with a post what-have-you attitude.