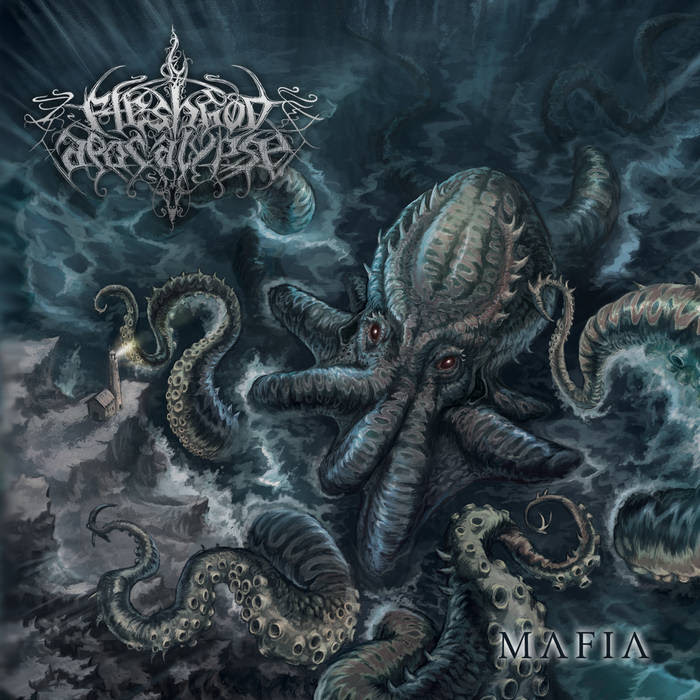 They want the clamps!

I have a well documented boner for Fleshgod, it's just common knowledge at this point.  I saw them live with Suffocation about half a year ago and I'm still erect.  These guys have really pushed the limits of brutality and technicality to a once unheard of level, and it sounds better than most of their contemporaries.  This EP, Mafia has generated a lot of buzz since its release last June, and with damn good reason.  We're treated to three new songs, an At the Gates cover, and (as seems to be their trademark) a solitary piano providing an outro.  So this really isn't all that much material, but it is every bit as great as what was found on Oracles a year prior.  The music, at its core, remains largely unchanged since then, with the general idea still being universe bending speed and technicality with sprinkles of classical orchestra.  "Thru our Scars" features a cleanly sung chorus by bassist Paolo Rossi, hitting some impressive high notes.  It really sounds like it should be out of place but it works fantastically.  I feel I should also point out just how great the cover of "Blinded by Fear" is handled.  They keep the spirit of the original intact whilst amping it up to 11 as is their specialty (and this is rather welcome since I'm not much of an At the Gates fan).

I really can't blabber on about this for very long.  Fans of the previous album will undoubtedly love this just as much, and I really can't recommend either of the two releases enough.  Fleshgod Apocalypse is easily one of the best bands formed in the last five years, and each release only hammers that point home harder.