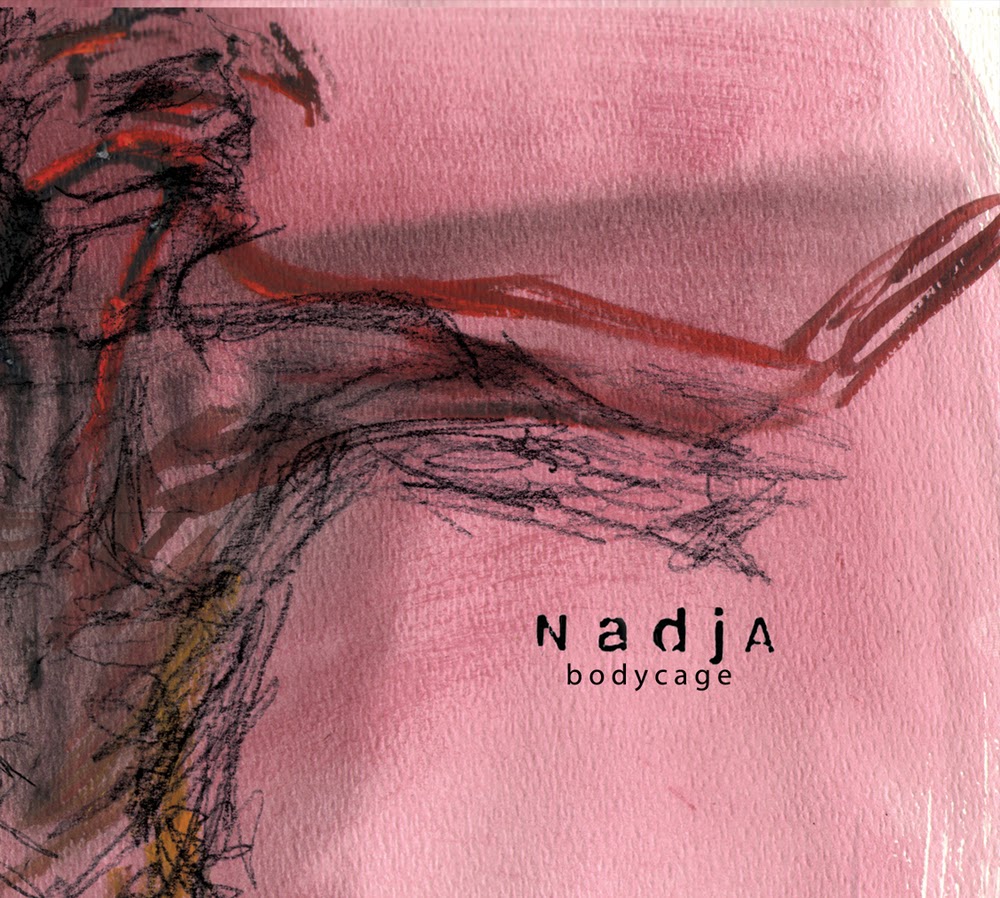 My name is Scrambles and I'm lost

Remember about a year and a half ago, I was doing some Taste Swap Challenges with fellow reviewer friends of mine?  Well I asked the dronemeister caspian to be my fourth swap, and then I promptly sat here for a year and a half, having absolutely no fucking clue what to say about this Nadja album he gave me.

Well after all this time the album has had to soak, I think I've finally reached some sort of conclusion.  That conclusion being I don't know what sounds are anymore.

For real, Bodycage takes me to another world every time I listen to it, the problem is that I'm not sure how pleasant of a world it is, and I mean that in a good way.  There's a surprising amount of subtle beauty hiding beneath the layers of oppressive fuzz, but it doesn't work to the album's detriment like I would normally say it would.  If anything, it makes it worth repeated listens, because there's always another layer to the onion here.  The first spin of this album left me feeling cold and confused, the second left me... well colder and more confused.  Now after all this time, I'm coldest and most confused, but it's a good pain.  I'm really not well versed in drone (basically all I really know are a few Sunn O))) albums), but this works really well in the sense that it puts you in a shoegaze-y trance and sort of enraptures itself around you.

Pointing out individual tracks is somewhat pointless, since there are only three and they're all very long and similar to one another to my ears, but this works in the sense that it's not just a droning soundscape.  Nah, this takes somewhat of a post rock styled approach due to the fact that the tracks build and climax effectively.  "Clinodactyl" is probably my favorite song for this reason, since it follows the most "normal" progression and contains the most active delivery on the album.  I wouldn't put it in the same camp as Monolithe, since that's a band playing a style built on atmosphere and then just loading it with riffs, because this is the opposite of riffy, but a lot of things still end up happening.  There are tons of infinitesimal changes in melody and atmosphere, but they all amount to working up towards a greater whole, instead of distracting what should be a perfectly good soundscape experience with too many notes.  Like I said, Bodycage sort of wraps itself around you and makes you part of the album, and it's a nice experience to get lost in the ambiance of confusion and despair mixed with subtle tones of mellifluous optimism.

That's really the album in a nutshell, "subtle".  It's overwhelming and completely fries my brain with each listen, but the subtleties keep it from being a completely passive experience.  This isn't something I find myself listening to often, but when I'm in the mood it'll strike a very fulfilling chord within me.  It's simple and large enough to encapsulate me in a womb of warm emotion, but with enough subtle complexities for me to recognize the skill in the songwriting.  It doesn't sound like twelve hours of lazy feedback and weird-for-the-sake-of-it nonsense like Sabazius or Bull of Heaven, it instead feels like a lovingly crafted ode to some void near a tear in the universe twenty quadrillion lightyears away.  It's empty and desolate but full of hope and melody.  I dunno, I don't have much to say about Bodycage simply because I just don't think I understand it all that well, but the thing is that I feel it, and that's all that really matters when it comes to this kind of music, no?

Like the last two reviewers I've done this with, Caspian doesn't have a personal site, but he's a great reviewer and it'd be in your best interest to check out his stuff here if you'd like to see music like this tackled by somebody who actually knows what the fuck he's talking about.