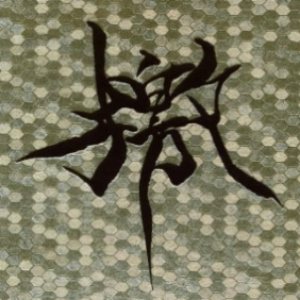 A mere thirteen months after the definitive Misogi, the Osakan bizarros unleashed their sophomore effort, Furebumi.  That's a bland opening sentence, and I realize that, but in my defense, it's very difficult to do justice to an album as eclectic, imaginative, and fucking great as Furebumi.  Every idea that was presented in the debut is expanded upon here, and any awkward missteps the band was taking as a result of being young and unique are already completely expelled, and from this point forward it'd be impossible to claim that Gargoyle was anything if not completely sure of themselves.  This album revels in the upbeat, the jovial, the dark and the brutal.  Every facet of the band's career is once again present here, but unlike Misogi, I don't find any of the songwriting to be shaky or underdeveloped.  From the unrelentingly brutal "Dilemma", the almost obscenely fun and happy "Naidzukushi", the haunting "Hunting Days", and the weary, existential soul searching journey of "Ruten no Yo Nite", Furebumi runs the gamut and hits bullseye on almost everything.

Everything from the debut has been polished up to an extent, with the production being marginally beefier (I didn't touch on it, but it was kind of thin in spots there) and Kiba's voice a bit deeper.  I didn't touch on his vocals either, but man are they something else.  He carries this distinct and absolutely bizarre rattle, it sounds like he's been smoking two packs a day since he was an embryo.  He sounds like Pee Wee Herman, and I love it.  It seems to be very much a Japanese thing, but bands out of that country seem to favor charisma over technical skill a vast majority of the time, and it's no exception here.  He warbles his way through this album and the band's entire career, and once you get acclimated to his voice (he's very much NOT the kind of vocalist you instantly love), he becomes a rock that refuses to budge.  Every member of the band obviously plays a huge part in shaping their identity (like Toshi's always warm and interesting bass lines (listen to the man lose his fucking mind on "Shoumetsu") and Katsuji's meth crazed skin beating), but Kiba is the face and the voice of Gargoyle, and his ridiculous, theatrical style is completely inimitable.

As previously alluded, every possible style the band would ever fuck with is present on this album, and all of it is done exceptionally well.  The funky surf's up party anthem in "Naidzukushi" is probably the biggest departure from rock hard thrashing intensity that the band generally revels in, and surprisingly it is potentially my favorite song on the album, and then there's the long and proggy "Ruten no Yo Nite", which is actually my favorite song on the album.  I love everything about it, it's a nearly eight minute dirge, replete with monolithically slow riffing, hollow, dread-filled vocals, completely bizarre yet somehow well done shrieky falsettos, and the absolute best marching snare drum plus somber violin combo in the history of music. Contrast that with the blisteringly fast and double bass filled "Halleluyah" and "Shoumetsu", which are actually for realsies my favorite tracks on the album.

But honestly, the this-time-I-mean-it-I-swear-I'm-not-fucking-with-y'all-anymore best track on the album is none other than the opener, "Ounou no Goku".  Remember back in my review for Wintersun's colossal trainwreck, Time I, I mentioned how one of the few things about the album I really liked was how beautiful and smooth the transition between the Japanese folk instrumental intro track was and the bombastic opening song?  Well Furebumi actually nailed that precise little niche brilliance a whopping twenty two years prior.  The opening with the pleasant twangs shows that the band isn't afraid to shove outside influences to the forefront (it's only one of the roughly twelve trillion examples throughout their career), and the flawlessly smooth transition is damn near breathtaking in its inherent genius.  Each instrument kind of slowly makes its presence known one by one, but unless you're paying extraordinarily close attention, you probably won't notice when each new sound appears.  It's all done so flowing and naturally, it stuns me.  The female vocals give way to a thick, stomping groove, which in turn eventually transmutes into a fast heavy metal riff with one of the first trademarked Gargoyle melodies.  Now, you know how Running Wild has a very distinct style of tremolo lead melodies that take precedence during basically any given instrumental section from roughly 1989 onwards?  Gargoyle has their own similar watermark in these very uplifting, power metal style melodies which overflow with both emotion and passion.  There are a couple classic ones here, especially on "Halleluyah", "Shoumetsu", "Dilemma", and most obviously, this goddamn perfect "Ounou no Goku".  Just like "Destroy" from the previous album, "Ounou no Goku" cements the trend of the opening track to any given Gargoyle album almost always being a definite highlight.

I haven't even touched on the jubilant "Tokimeki" or the face rippingly intense "Execute", there's just so much to find within Furebumi that the best I can do is just list off songs and then rant for a paragraph about how awesome they are.  But with that said, I will admit that I'm not much a fan of "Tell Me True", as (and this is a recurring theme you'll likely notice throughout this series) Gargoyle is frankly just not nearly as good at touching on J-rock as they are touching on balls to the wall heavy fucking metal.  When they start headbanging like epileptic marionettes and thrashing as if possessed by the restless spirits of particularly ferocious crusaders, they knock it out of the fucking park.  And to be fair, "Tell Me True" is only half ballady, but it's the first time they hit a lighter track with a kind of carefree innocence and saccharine nausea.  It just doesn't resonate like the more overtly silly or soulful light songs like "Ningyou no Mori" or "Naidzukushi".  And really, Kiba's voice just isn't well suited to that kind of thing.  I mean really, listen to the verses of the aforementioned "Naidzukushi" or the frenzied shouting at the end of "Shoumetsu".  This is the kind of wild, unhinged vocalist who punctuates every syllable with crossed eyes and an outstretched tongue, not the kind to sit spread eagled on a stool and try to swoon the panties off of me.


But other than that slight misstep, there's really nothing to dislike about Furebumi.  Gargoyle laid the groundwork with their debut, faced the imposing threat of a sophomore slump, and responded by promptly firing the notion into the sun.  While this isn't quite my favorite album by the band (though it's close), I do consider it the definitive album, even above the debut.  Just like it's predecessor, Furebumi is pretty much a snapshot of Gargoyle's entire whacked out and diverse portfolio, but the songs are just that much better.  It thrashes harder, it haunts more profoundly, it grinds more powerfully, it punches like Mike Tyson, it just does everything right barring one kind of wonky half J-rock track.  If all of the sperging over this band turns you off, do me one favor; listen to "Ounou no Goku" and "Ruten no Yo Nite".  If you don't like those, then fair enough, Gargoyle is not the band for you.  But if you consider yourself a fan of music even marginally similar to this, and those two tracks alone don't win you over to the side of myself and my compatriots, then I don't know what will.