Powerwolf - Preachers of the Night "You're welcome.  Also, nobody excitedly points to the sky when they think they see a bird unless they're a child or handicapped.  That saying is stupid and you should feel bad."


And with that extended superfluousness out of the way, let me remind you all again, Powerwolf is fucking awesome.  They're a one trick pony, but goddamn do I love that one trick.  They're all about huge choirs and huge riffs and huge everything, and that's really about as deep as they go.  There're no hidden meanings, no layers to peel away to reveal some masterfully crafted depth or complexity, they're a band meant to be taken at face value; a group that revels in the big, the silly, and the juvenile.  It's all pomp and bombast, and it's a ton of fun and that's all I really ask out of the band.  They rock at simple heavy metal with giant church organs, latin choirs, and epic choruses, that's what they should stick to.

Preachers of the Night, their insanely anticipated fifth full length, is... uhhh, kind of disappointing.  It's strange, because some of the songs just fucking nail it, and right out of the gate we're treated to a flood of great tracks, with "Amen and Attack" being one of the best songs the band has ever written.  But before long, you find yourself wondering where the energy of the band wandered off to during the middle stretch of the album.  Yeah, the overall tempo has been reduced, which really shouldn't matter considering the band was never all about speed, and instead more about just getting a massive feeling, which is arguably easier to do with a slower tempo anyway.  But let's be honest, tracks like "Murder at Midnight" and "Living on a Nightmare" aren't anywhere near as awesome as "Seven Deadly Saints" or "Saturday Satan".  Most of the tracks on Preachers of the Night are of the former school of thought, and it's depressingly hit or miss.  "Sacred and Wild" takes this more laid back approach and knocks it out of the park, with one of the most maddeningly infectious hooks the band has ever written, with a memorable and fist pumping chorus.  And then it's followed up by "Kreuzfeuer", which is a pure and true filler track of the most obvious kind.  Unfortunately, a lot of this album feels like that, just simple filler, playing it safe and not challenging themselves in the slightest.

That's not to say they don't also emulate Amon Amarth in the sense that there are still some stunningly great tracks to be found here.  I've said it time and time again, but "Amen and Attack" is potentially one of the best songs the band has written yet.  It's a high octane heavy metal number with all the signature Powerwolf traits (the organs, the choirs, the lyrics) but it's just written extraordinarily well in how catchy and entertaining it is.  Also, as I said, "Sacred and Wild" is a magnificent entry into the "kinda slower Powerwolf tracks" catalog, and is potentially the best song on here apart from that damn opener.  And as always, there are a slew of good tracks scattered throughout the rest of the album ("Coleus Sanctus", "Secrets of the Sacristy", "Extatum et Oratum"), but there are also a couple completely unmemorable stinkers to be found ("Kreuzfeuer", "Lust for Blood", "Nochnoi Dozor"). That's the biggest problem here, actually.  It's just not as memorable as the previous three albums.  I mean, they've all ended on a more grandiose and lengthy track, but "Last of the Living Dead" is probably the least interesting of them all.

For all my complaining about repeating themselves, I do have to give special mention to the exception to the rule, "Secrets of the Sacristy".  That particular one stands out for being the closest thing to straight up europower they've ever done.  It's probably their fastest song, and is just structured, riffed, and designed in such a way that it could easily be a Gamma Ray song if there was a different vocalist.  And on that note, Atilla Dorn is still goddamn awesome as a frontman.  I love his powerful, theatrical style; and even if he uses the same five vocal melodies for every song, I don't really mind because he's so goddamn charismatic.  The predictable climaxes and giant choral arrangements are always made all the more bearable merely with the inclusion of his thu'um.  The gothic horror themes just lend themselves to his operatic style, and I wouldn't change it for the world.

Basically, four tracks in, I publicly declared that Powerwolf is firmly in the ranks of bands like Enforcer and Hour of Penance in the sense that they'll keep ranking on my year-end lists as long as they just keep doing what they're doing.  By the time the album was over, I was regretting saying such a thing.  The songwriting is just finally dull to me, these ideas worked brilliantly for the first seven rounds or so, but I guess they just don't quite have the power to be reheated for an eighth time.  Powerwolf's music was a lot like pizza or donuts in the sense that it was extremely delicious, and you could leave it on the counter for a week and it would still be good.  Their theatrical heavy/power metal style doesn't ever really expire (I maintain that "When the Moon Shines Red" and "St. Satan's Day" are timeless classics), but Preachers of the Night is the stage where the ants have wandered their way into the box.  It's still good pizza, but you just need to brush off the filth and then do your best to forget that it was there before you eat, but it still tastes fine (don't judge).  The strange thing is that I don't really want the band to leave their comfort zone in the future.  I mean, it'd be neat, but at the same time, shit I like how they sound already.  They just need to make the songs interesting again, because their niche is still goddamn awesome and I wouldn't change it for the world. There's a great EP in here made up of the first four tracks plus "Extatum et Oratum", but otherwise it's easily the most forgettable album since the debut.  Shame, since those five tracks are just as great as the band usually is when running on all cylinders.

"Remember!  Powerwolf is a silly band and was never meant to be taken too seriously.  If you do, that's fine, but you're completely missing the point if you do. 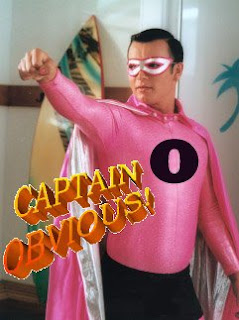