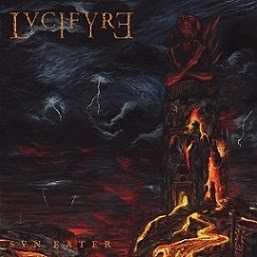 Oh lord... here it comes again... I can feel it.  This rumbling, this warm, distant cacophony from deep within my gut.  It's becoming a frequent thing, especially over the last several years.  Perhaps it's the enhanced amount of fiber in my diet, or maybe it's simply a new routine I've been working myself into.  But regardless, this feeling is unmistakable.  I try fighting it, but the buzz grows louder with every passing moment.  I hear the dim rememberings of voices past and present in the darkest cockles of my subconsciousness.  "Dude, just go", "You won't regret it, seriously!", "I can tell, this one is going to be different", "Bill, I just shit myself".  Eventually, I can't fight it any longer, as the buildup has been immense.

I run to the bathroom.

Initially, the slow churning and grinding was moving along at a rather deliberate pace.  It felt as if the demons inside were preparing for their assault moreso than actually carrying it out.  Maybe it was a bluff?  Maybe there was no such violent attack planned in the first place? It felt like an eternity, I sat there, jaw agape, neck straining, waiting for something, anything to materialize.  All I could hear and feel were the distant rumblings of an all-too-familiar entity; a slowly awakening beast, sleepily pawing at the light at the end of the tunnel, trying to remember why it was even awakened in the first place.

It took slightly over nine minutes of drawn out, rumbling foreboding.  I felt the walls begin to bow outwards, and I knew it was time to put down my Gameboy and brace myself.  The Volcano Badge would have to wait, for I had my own Vesuvian catastrophe to worry about.  I curl my toes and and clench my fists, bracing myself for the inevitable supernova.  And sure enough, it delivered.  The initial eruption of burning malice was nothing short of inhumane.  It is a pain of the most middingly pleasurable kind.  The kind of thing I would not subject myself to frequently, but when it happens on its own, I gladly endure it, for I know the spoils are usually worth the struggle.  This blackened wretch of filth wasn't doing much to stand out from the other floods of vitriolic scorn that I find has become ever so prevalent as of late, but it was proving itself formidable nonetheless.  This violent purge was based in the death of all things, as if the very essence of life was pouring out of me.

Like most experiences of this nature, what lasted was a forty to fifty minute expunging of bubbling vehemence.  Despite the upfront nature of the beast, it (like most of these nasty things) feels to be off in the distance when in progress.  Despite the fact that the pummeling ferocity of the experience might cause me to grab the edge of the toilet seat for support while my skin flushes and all strength drains away in a maelstrom of fiery hatred from within the confines of my own bowels, it all feels to be emanating from a distant cavern in which I have zero plans of spelunking.  In a way it's almost frustrating because at no point in this expulsion did the pace ever change after the initial crescendo.  A fifty minute plateau of virulent sadism ends up being a rather unfulfilling sequence of events when there is so little time to breathe between the suffocating atmosphere of malice.  From the beginning to the end, you could have taken any snippet of this whole ordeal and played it back to me, and I'd've never been able to tell you how far along in the torturous endeavor I was.  I would take a minor courtesy flush every once in a while, but it's only a temporary reprieve from the demonic malediction.

And of course, when it all was over, I felt unsatisfied.  Color began to return to my cheeks and feeling to my fingers, but after the cleanup, there was no story to be told.  Yes, I'm well aware I'm telling you this story now, but this has become such a frequent occurrence that this really could have been any one of the dozens of other times I've sat through such an experience.  I mean, it's not something I dislike.  The beefy tones of utter demolition as they resonate off the porcelain are satisfying in that they rarely sound like there is no greater passion behind the push, and the far-off ululating of the demon at the forefront of this almost always sounds like something to be feared, but the utter indifference to the ideas of pacing and thematic variation within the vast annals of my lower intestine just end up being overwhelmingly dull.  At the end of the day, all I can really say is that I took a really big poop.  The poop wasn't more impressive than any of the other big poops I find myself experiencing, and it's quite a decent poop, but it's a poop I've pooped many times before, and if nothing else, maybe eating some Cap'n Crunch Oops All Berries to the stew some more vibrancy in hue would be welcome.

And I just wrote an entire review comparing Lvcifyre and the Dark Descent Records/OSDM Revival scene to taking a really nasty shit.  What have you done with your day?